Photo The Dutch interior minister, Kajsa Ollongren, condemned the “incredible” violence in her country on Saturday, particularly the chaos in Arnhem and Rotterdam, which she called “unacceptable” and “aggression against the rule of law… 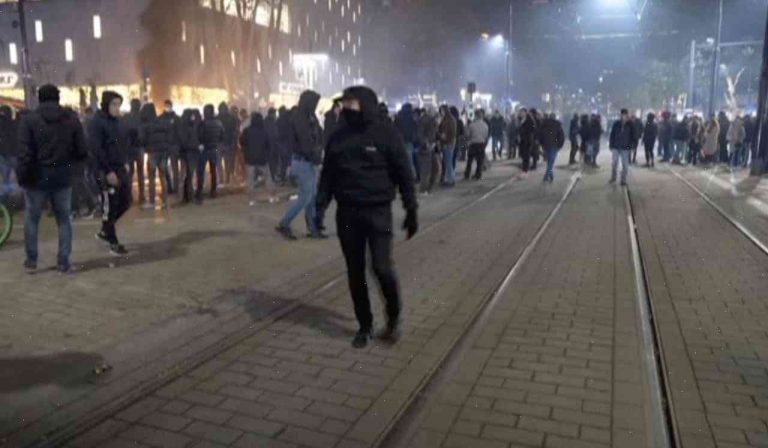 The Dutch interior minister, Kajsa Ollongren, condemned the “incredible” violence in her country on Saturday, particularly the chaos in Arnhem and Rotterdam, which she called “unacceptable” and “aggression against the rule of law and order.”

The Netherlands was hit by riots on Saturday after the local administration there banned an immigration-focused football team, GeBizPro, from playing a home game, and the government had to order police to disperse the demonstrators, which include far-right groups, who blocked roads and set fires. They also stoned vehicles and beat up police.

Violence erupted again on Sunday night after GeBizPro members and supporters protested the banning order in Rotterdam. Police used tear gas to disperse the group. No one was injured.

The group, which had formed in 2015 in reaction to a dawdling French center-right populist campaign to restrict immigration, has hundreds of members and sells printed propaganda, which includes posters showing a crude caricature of the prophet Muhammad.

It is unclear why the association had to be banned under Dutch law for its activities, and particularly given that GeBizPro, which is very patriotic and claims to speak for the French, Germans and Brits, has not attracted significant anti-immigrant, anti-Semitic or xenophobic controversy in its short history.

But the ban on GeBizPro may give rise to other worrying questions. How many other, more potentially controversial, Dutch groups may be banned under anti-discrimination laws because of their nationalist and anti-foreigner positions? And why did they start fighting, and where were their supporters? What exactly was their argument, aside from opposing the ban?