Imagine moving into a Chinese high-rise so skyscraperlike, it resembles a mall. I’ve never heard of such a building. But one is being built in Shanghai: a gold-colored complex with a brand-new, eye-popping glass-and-concrete… 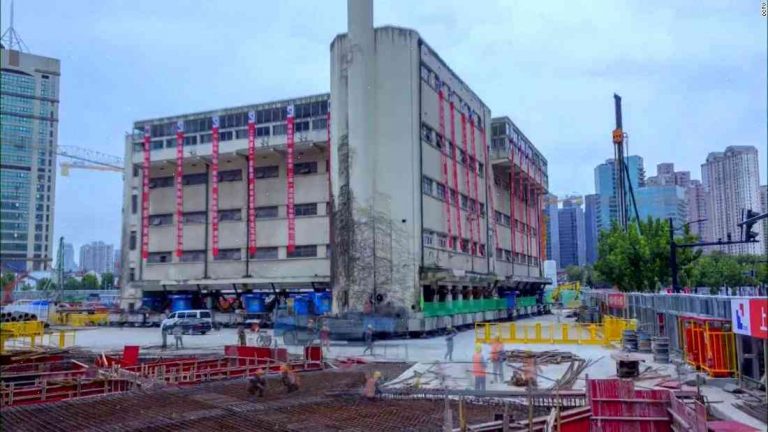 Imagine moving into a Chinese high-rise so skyscraperlike, it resembles a mall. I’ve never heard of such a building. But one is being built in Shanghai: a gold-colored complex with a brand-new, eye-popping glass-and-concrete exterior that bears a striking resemblance to a shopping mall’s facade.

The building is “the city’s largest shopping arcade by volume” and “the first skyscraper to simulate a ‘walking’ sidewalk,” said a September article in The Post. It’s within walking distance of the Shanghai World Financial Center, as well as China’s largest shopping mall, Century 21 Century City. The original owners of the hotel-office complex said they hoped it would help business commuters enjoy an “incredible new alternative to squeezing through the jammed subway car,” according to another Post article in July.

I never heard of such a mall, which is being built in Shanghai with an astounding artificial roof project by architecture firm Kisho Kurokawa. Soon, the building will contain a giant observation deck, a 35,000-square-foot spa, and a “spa garden” fitted with ambient lighting and plush interior furnishings. The Times of London dubbed it a “mecca for the city’s fitness fanatics” and the New York Times called it an extraordinary “concept for building in the third millennium.”

Whatever architectural lessons it has to teach designers interested in remaking their buildings into urban canopies, I’m sure it’s good for the environment.

The steel, glass, and reinforced concrete building will be 745 feet long and 217 feet wide. It is made entirely of “concrete membrane, with a glass surface,” the Times reported. The company that built the complex promises it will consume “only 0.2 percent of China’s global energy consumption.”

The design echoes photos of another building in Shanghai designed by another Chinese architect, Yuan Bin. That building, known as the City Concrete House, boasts a glass skin designed to look like a downtown sewer trench, similar to buildings that are filling up with raw sewage in some Chinese cities.

Why would they even bother adding a roof, when a first-rate mall goes up in glass every day?