Some people don’t like to share that much. In the Billboard and Entertainment Weekly cover story about the female power of “The Voice,” former NBC rival Britney Spears believes that co-judge and fellow former… 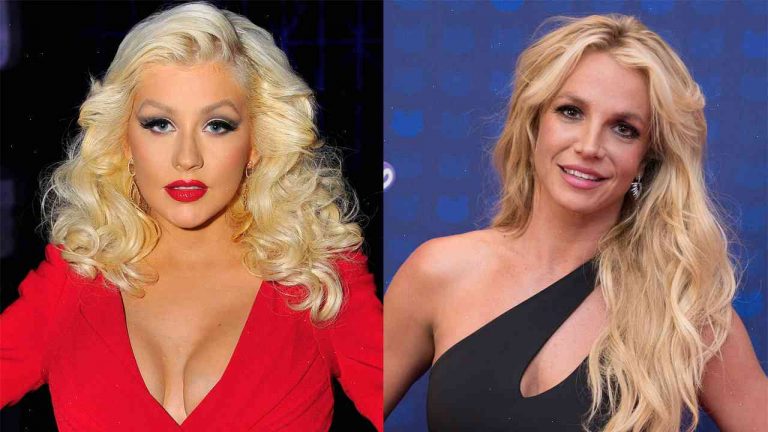 In the Billboard and Entertainment Weekly cover story about the female power of “The Voice,” former NBC rival Britney Spears believes that co-judge and fellow former Mouseketeer Christina Aguilera is holding back from speaking out about the conservatorship that followed her DUI arrest in 2007.

“It’s a really sensitive subject, obviously for her,” says Spears, who herself entered a conservatorship in 2007 and was placed under a 99-year mental health conservatorship in 2013. “I don’t know if she’s really sharing with us and what’s going on with her. She’s had some tough things happen to her, too. But she definitely could have voiced her opinion on that.”

Aguilera, who now has her own hits as a pop star after a decade in the background, has not commented on Spears’ remarks, but has frequently shared her support for Spears in the past: when the 34-year-old went head-to-head with Harry Styles for the title of Best Pop Video in 2017, Aguilera wrote on Instagram, “This girl makes me so happy and proud.”

The similarities in their careers to this point are uncanny. Aguilera, the lead female on Disney’s “The Mickey Mouse Club” from 1994 to 1995, became one of the biggest pop stars in the world after breaking out in 2001 with her first solo album, Out of the Blue. Her next album, Stripped, made the record charts history by spending a record 20 weeks at No. 1.

Spears was a star as well, but her success was more incremental, in comparison. After releasing her third studio album, …Baby One More Time, in 1999, her sales stalled in 2001. Her second album, The Singles Collection, was released in 2002, and the rest of the decade went relatively quiet, as she began to find her voice as a coach.

But Spears’ fans remain staunch in their support for the dancer-turned-singer: “If she wasn’t in that conservatorship,” Spears says of Aguilera, “I could say something. I could’ve stepped in there a little bit more and kind of changed the game in a way. We’re not Beyoncé, but we could’ve gotten behind each other more and kind of created a thing.”

Read the full story at Billboard.

Watch Drake give Britney Spears a ‘Piece of Me’ remix