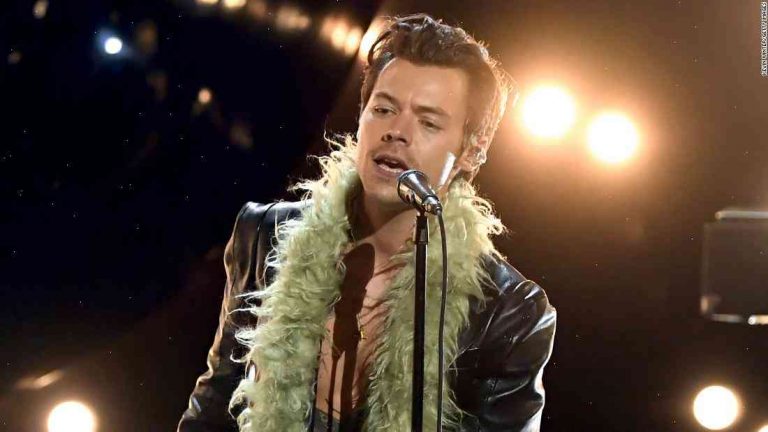 The marketing plan for Harry Styles’ new gender-neutral make-up line begins with a YouTube clip of the 22-year-old frontman looking through his suitcase.

Leaving his red baseball cap at home, the pop star opens his bag and discovers a suitcase full of stockings, cologne, blusher and lipsticks, priced at under £20. “Which of these things have you used before?” he asks. “I don’t actually know,” he replies. The short video marks the start of an eight-part video series (explained in the wake of his unexpected appearance on the BBC’s This Morning) ahead of his first-ever make-up range for high-street store Lipsy.

Styles’ new make-up range, which makes a point of ending with a solo close-up of his best-known features, is available in the US from 24 March and the UK on 10 April. But it is also a cultural moment.

Styles’ story is, in a way, familiar. In a review of his last album, Pitchfork’s Justine Hofherr writes: “The stories the British-born, US-raised singer-songwriter tells in Blame it on the Sun, that won’t be over for a long time.”

British singers have had greater success in recent years with their beauty lines, with Ellie Goulding fronting a range for Kiehl’s, Charli XCX’s collab with Urban Decay and Ellie Goulding working with Kate Moss’s beauty company, Too Faced.

But such visibility is rare for musicians. Lady Gaga’s lip gloss range is affordable and DIY-friendly, while Björk is selling her range of cruelty-free nail polishes. But these fans tend to put lipstick on with their fingers and have only the most minimal concerns about cosmetics, something they argue lacks credibility when music videos are often styled to look like fashion shoots.

Styles has made his dreams explicit: “Makeup changes the image of a person,” he said in February. “Especially when it comes to gender. It opens up a whole new world of who you can look like.”