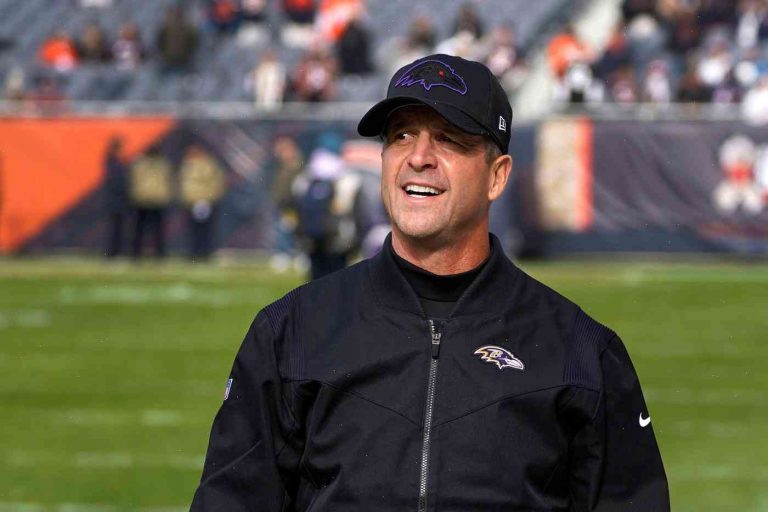 Baltimore Ravens quarterback Lamar Jackson was forced to miss their NFL game against the Chicago Bears with an illness in the build-up to the match.

He was nursing a stomach complaint and stayed at the team hotel overnight ahead of the game.

Jackson played in his first NFL game on Sunday and had been hoping to compete for the starting role again.

He will be replaced by first-year signal caller Robert Griffin III, who is back for a second spell with the Ravens.

The 22-year-old Jackson, who has been used mainly as a runner in his rookie season, replaced Joe Flacco midway through the first half on Sunday.

However, it was not all plain sailing as the American picked up a sinus infection, leaving him unable to train on Monday.

His absence was not noted at the pre-match press conference but Ravens head coach John Harbaugh revealed the news.

“He had one of the milder cases that we’ve ever had and didn’t really want to come out for pre-game warm-ups,” he said.

“But we had no choice but to make a decision where to leave it. He just didn’t feel that great.

“He was so sick that he couldn’t even get to the facility the first couple of hours. We just figured he might not be able to get here. He said he just wasn’t feeling right and was as good as I was going to get.”