Despite everything that has gone on over the past few days, a cruel irony emerges from the very measure of President Donald Trump’s approach to Russia – a country he calls a “disgrace” for… 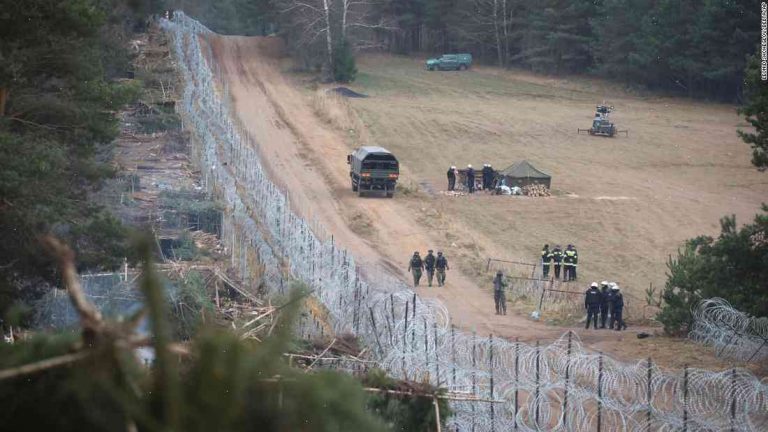 Despite everything that has gone on over the past few days, a cruel irony emerges from the very measure of President Donald Trump’s approach to Russia – a country he calls a “disgrace” for shooting down a passenger jet while being held hostage by the madman known as President Vladimir Putin.

The killing of 81 civilians at a train station in Minsk, Belarus, during Trump’s “special visit” to the country last week provided an obvious, excruciating reminder that you are not entitled to your own facts. The situation is in which the appearance of anti-Russian zeal gets trumped by any political expediency.

Trump’s trip to Belarus was dubbed an “anti-Putin special mission,” and the seeming sympathy the US president lent to the government of President Alexander Lukashenko, the “last dictator,” as Poland’s president, Andrzej Duda, put it, will probably help prevent any progress in this rocky relationship.

The Belarusian government was once a staunch ally of Moscow and U.S. officials frequently referred to it as a junior partner in the former USSR. A 2008 bombing raid against Minsk was ordered by President George W. Bush as retribution for a hostage crisis that occurred while the US was actively trying to bring democracy to Russia’s neighbor.

Although Lukashenko, believed to be in his late 60s, was an anti-Communist hardliner who ran his nation as a state of the people with only the slightest regard for the rule of law, he himself didn’t appear to have much to do with this particular hostage crisis.

But that was the overweening issue for the Trump administration. The United States hadn’t been conducting official diplomacy with Belarus since the end of the Cold War. And that, rather than any quid pro quo in Russia, was what the White House was concerned about.

But, in doing so, the White House was playing into the false narrative that Russia is again in crisis because of Trump. The implication is that, had Trump not put pressure on the Russian government, the latest round of tit-for-tat retaliations with NATO ally France and Baltic states would have stopped.

It’s pretty much the whole same story that unfolded during the forced resignation of White House National Security Advisor Michael Flynn. The real reason for Flynn’s departure was not his affair with a Russian woman – it was the campaign entanglement of his son in Russia. The conspiracy theory that President Barack Obama had his administration spy on Trump campaign associates to “unmask” their communications with Russian officials, meanwhile, is presented as some sort of imminent threat to national security, like how disclosing or failing to reveal the identity of the head of Iran’s nuclear weapons program in nuclear negotiations in 2015 is an act of treason.

But the fact is that Kremlin defector Igor Sechin’s real crime was that he wasn’t willing to stay on under the former president of Russia and businessman who appointed him, Vladimir Putin. The idea that Rosneft, a major Russian oil company, can’t operate without Sechin seems a little far-fetched.

Lunar eclipse and full moon is a lunar adventure