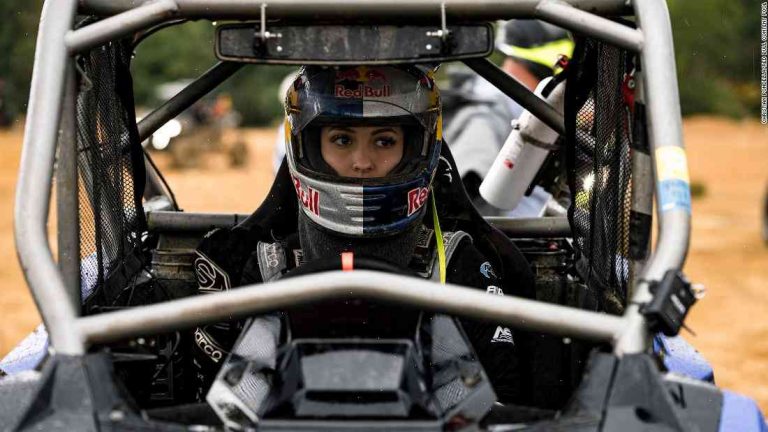 Next time your in a car rally and thinking you are going to be one of the guys: this time, you’re actually wrong.

Fast, sporty and strong, Mary Pedersen is proving just how competitive it is in women’s off-road car racing by taking home two trophies for finishing first in British classes in Italy and Belgium.

The 18-year-old who is only five weeks into her last year of junior driving, was spotted by racer Duncan McCluskey after he saw her in his class last year.

When he approached her about race-driving she said “not in my lifetime”. But 10 minutes later he was back again with another proposition.

It is not just Pedersen’s abilities in the car that are impressive. She also does not over-inflate tyres, calls for flat tyres and keeps her body angles straight while telling the car what to do, “the look” being one of her greatest qualities.

“I’m not comfortable with the small frame and sharp, angular look of a man’s car,” she told the Mail on Sunday. “I do think it creates an amazing presence in the vehicle. I’m not saying people think differently of me. The people I would like to be looked up to are the women in the AWD female category.”

Pedersen competes in pre-jump car races and on a rallycross team at the Weymouth British Legends Rallying Club in Britain, which McCluskey coaches.

She finished first at the British premier series Okehampton Rally in the car she built herself last week and at a rallycross event at Weymouth on Sunday. She now hopes to reach a level where she can qualify to compete in the next British championship series.