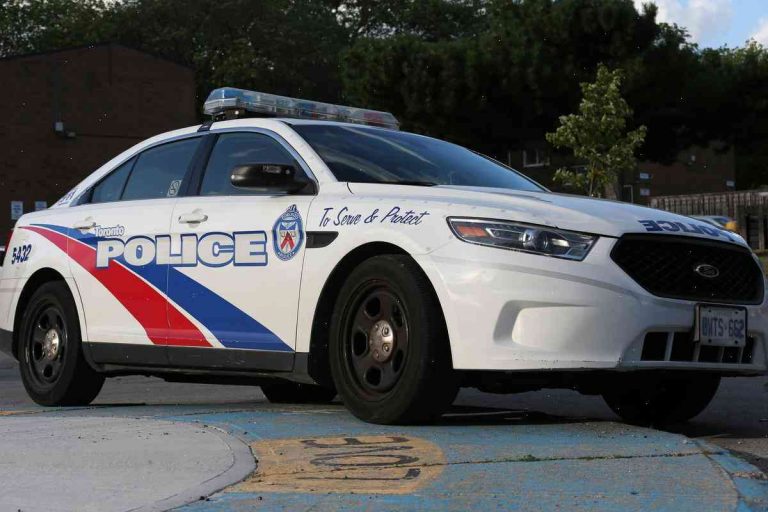 This article is over 3 years old

A man has been rushed to hospital after being stabbed multiple times in downtown Toronto.

Police said the attack took place near York Street and Shaw Street at about 7pm local time on Tuesday.

“He was at a bakery around York Street at 18 York Street. He was eating and when he left he was approached by a male assailant,” Constable David Hopkinson told CBC News.

“He was later found by police suffering from several stab wounds.”

Hopkinson said the suspect was described as about 20-30 years old, with brown hair, clean-shaven and dressed in all black.

“For some reason or another, this male assailant was accosting him and demanded money. As he refused, he was stabbed multiple times in the upper body,” he said.

The victim, aged 25, was taken to hospital for treatment.

Hopkinson said the suspect took off after the stabbing and has not been seen since. Police described him as “angry”, but police did not believe there was any threat to the public at large.

No arrests have been made and Hopkinson said the investigation was ongoing.

This article contains affiliate links, which means we may earn a small commission if a reader clicks through and makes a purchase. All our journalism is independent and is in no way influenced by any advertiser or commercial initiative.

The links are powered by Skimlinks. By clicking on an affiliate link, you accept that Skimlinks cookies will be set. More information.