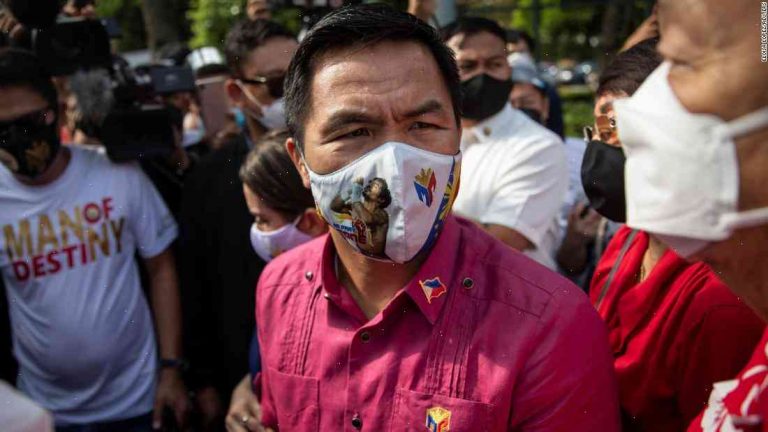 This article is over 3 months old

“I never want to hurt friends, but if they cheat you you deserve to be punished,” the congressman and former world boxing champion, 39, said in his acceptance speech after a unanimous points victory in Kuala Lumpur.

Pacquiao fought a bruising clash with Matthysse, which lasted seven rounds in Kuala Lumpur, which was broadcast by the United States’ Pay-Per-View network, in an attempt to end the bloodiest chapter in the Philippine boxing history, that of former welterweight champion Jessie Vargas.

“I am happy that I was able to resolve that blood feud in the ring,” Pacquiao said.

He promised to jail former allies in order to overthrow Duterte, who went to power in June, after an unprecedented lawlessness where 30,000 people were killed by police and 2,000 by vigilantes, mostly in drugs war violence.

“If you are connected with murderers, gangsters, drug pushers, just ask yourself: if the next regime is not your friends will you work with them?” he said.

“Then get ready to face a possible imprisonment, because we are going to send everyone who collaborated with Duterte to jail.”

Pacquiao also offered prayers for motorcyclist Ricky Reyes, 35, who was killed in a hit-and-run while riding his bike, but didn’t comment further on the incident.

Shortly after the fight in front of an 80,000-strong crowd, Pacquiao called for Philippines unity.

“Let us not fight about who is right or wrong, let us just work together,” Pacquiao said.

“All of us must stick together and continue to press for the change we want in the Philippines.”

Truman Capote: The Frenzy of the Edit