The road runs alongside a residential street in a dense San Francisco neighborhood where parking is expensive and available only during convenient, daytime hours. It is approximately 400 feet long, about half a block… 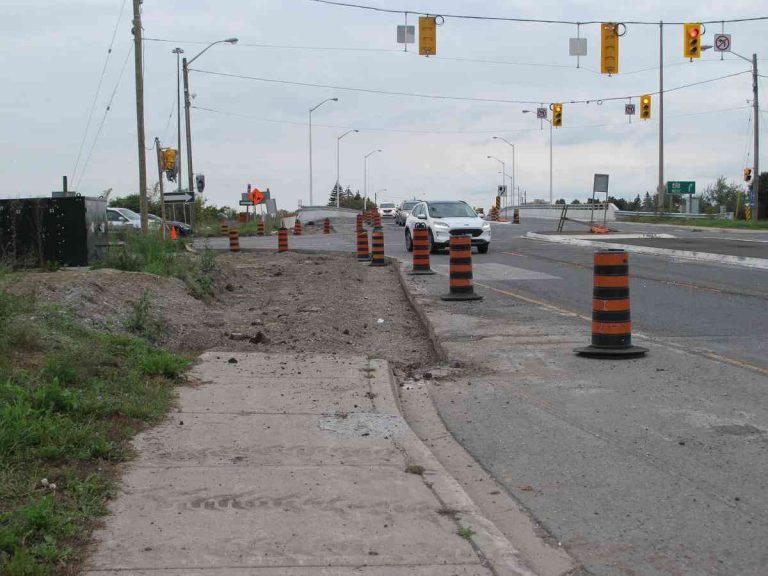 The road runs alongside a residential street in a dense San Francisco neighborhood where parking is expensive and available only during convenient, daytime hours. It is approximately 400 feet long, about half a block wide and has sidewalks that traverse it in all directions.

The sidewalk is not a major part of the street. It edges out the shoulder of the street, with a sweeping divide. Occasionally, it creates a spur line next to the right lane. More often, it is noticeable only to those who pay attention. It lacks lighting and is not like a catwalk to where the street edges.

Nothing in the circumstances made it a particularly attractive option for retaining any pathway into the upper reaches of the street. There were other alternatives, like widening the main path. But that pathway was not known to be to a predominately pedestrian crowd. The median would create a path for cars, but that was not popular with residents as it was more likely to interfere with or inhibit their pedestrian activity.

I suggest that we direct attention to why this diagonal curb was selected, how it was achieved and what kind of notice the public should expect. The scale and placement of this sidewalk – the intersection of two blocks in the middle of an almost 500-foot street — could have been conveniently accomplished by simply laying the sidewalk down on the street surface and using a portion of it for parking.

Such a transportation configuration would have required few planning efforts. It is not physically challenging to support a handicapped ramp on the street, and the path for parking can be used throughout the street for service vehicles and truckers. Perhaps more importantly, the parking lane was lined with trees, so it could have been configured on the surface as a parallel walking path.

There is a heritage for such an alternative. The Lincoln Memorial Mall is a site whose history goes back some 80 years. Its four sides are entirely paved. The sections in between do not run to a curb, but run for a certain distance to park on. The planks are cut and fixed where required with mechanical devices. The paved walkway adds a unique visual dimension, and combined with the trees, the space became a true urban landscape.

In this manner, the street street is the perfect way to transition from farmland to a metropolitan street. Make the street attractive to pedestrians, but also allow for parking on one side of the road to create an undulating walkway in the center of a block. Unlike the two-story building structure with a driveway opening on the street, the old street structure is an environment of courtyards and winding walkways. This created the necessary free-flowing path while allowing parking in the street to accommodate the heavy traffic of the locals.

Proponents of such a system may wish to devote resources to building sidewalks that can run parallel to the street. But that would create parking on the sidewalk. Is that what we want to do? I do not think so.

The city’s planners and the city building officials must answer two questions about this pedestrian space. One, who benefits from having a diagonal sidewalk down a residential street? Two, what have they learned from this switch?

Martin S. Church is the author of the book “Raising Children in the 21st Century,” which is co-authored with Mike Strain.

Can you spot the “new” Ford Model A from the original?