Image copyright Supplied Image caption Several terrified people fled the Place de L’Opera A fire has broken out in a building on the roofs of two buildings on Place de L’Opera in Paris. The… 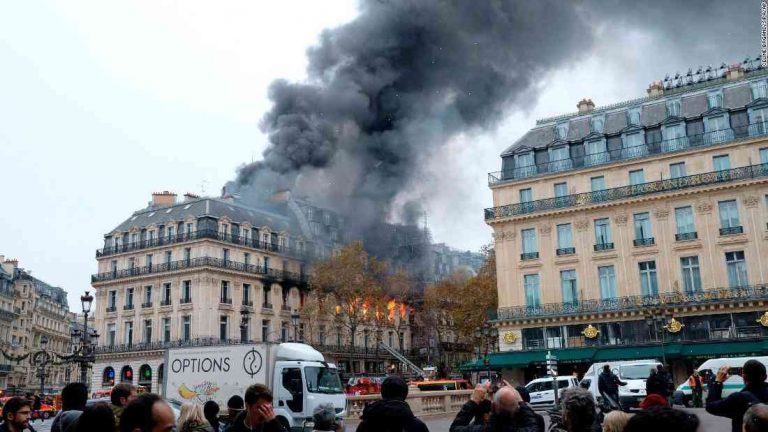 A fire has broken out in a building on the roofs of two buildings on Place de L’Opera in Paris.

The blaze started just before 0800 local time (0400 GMT) near the Cathedral Basilica.

The French presidency expressed its “serious concern” over the incident.

Fires or explosions in the ancient city centre are not unheard of – in 2013 a building went up in flames on the Rue des Martyrs.

But no injuries have been reported so far.

Smoke has been pouring out of one of the buildings for some time and it is believed that the fire originated in a cellar.

Image copyright AFP Image caption No injuries have been reported

It is also believed that the fire may have been accidental, as the fire started in the ruins of an old church building which was recently turned into a bar.

The city’s website reports that a video of the fire show a blaze in the cellar.

Some people, however, are reported to have fled for their lives.

Local media are reporting that some have been trapped on the roofs of the two buildings.