Image copyright Getty Images Image caption Most travellers at Colombo Airport had to cross into India Sri Lanka has reopened its border crossings to international traffic. Numerous times since the end of the civil… 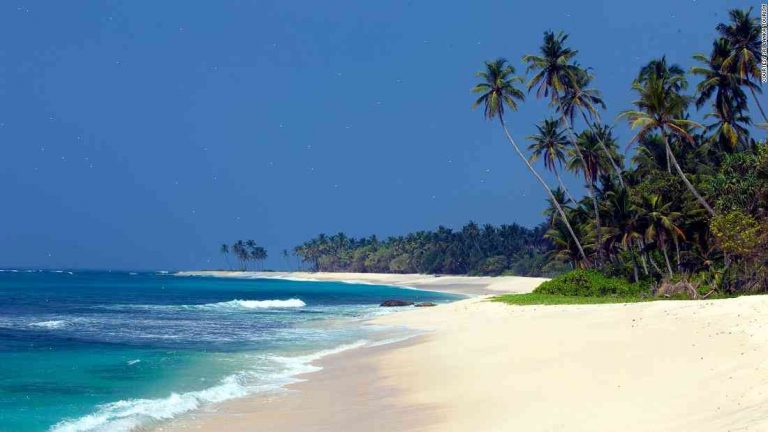 Sri Lanka has reopened its border crossings to international traffic.

Numerous times since the end of the civil war, these crossings had been closed because of a ban on making political statements in Sinhalese and Tamil.

But now the caretaker Sri Lankan government has decided to open them to international tourists and passengers.

In a statement, the president’s office said Sri Lanka would welcome even individuals on government business or conducting trade, apart from political leaders and state officials.

The statement said the “administration and civic law enforcement agencies” must “explain the need for crossing in Sinhalese or Tamil language at border points.”

Analysts say the clearance of the crossing points, launched two weeks ago, is part of efforts to speed up the return of hundreds of tourists who had been stranded abroad.

Many of the international tourist and corporate visitors were sent home last year, as a result of the political tensions.

Until 2004, Sri Lanka had strict visa regulations that did not allow Sri Lankans to travel abroad without a valid Sri Lankan passport. This was in response to the country’s minority Tamil population.

The country enacted a new set of visa rules in October 2014 for foreigners wishing to visit and study in Sri Lanka, but the legality of it was never made clear by the government.

In January 2018, the then caretaker government banned the use of loudspeakers during political meetings in public parks.

The country’s ethnic rivals in the ethnic Tamils and Tamils began protesting and the protests led to a breakdown in tourism.

Any easing of tensions – the government of Mahinda Rajapaksa, president between 2005 and 2015, carried out military operations that saw hundreds of thousands of Tamil civilians killed in the final phase of the war in 2009.

Since the Rajapaksa government handed power to the current government in January, there has been a thaw in relations with the Tamil community.

This is part of wider peace processes Sri Lanka is engaged in with international bodies.

Naidu Dileepan, programme officer with the Forum of All Sri Lankan Reconciliation Trusteeships, said the recent opening of the tourist crossing points to international travellers marks a “return of normalcy”.

“When we talk about the reintroduction of normalcy, a lot of it is dependent on the local populace, in terms of resources, and we also need to make sure those who were stopped on the ground in the past can get back to their normal life again,” he told the BBC.

He stressed, however, that it is the responsibility of both the government and the local people to ensure the return of those who were detained and sent home.

“There’s a big role that needs to be played in terms of looking after that high level of importance, but that has to be done by the local populace, they need to treat that matter as priority.”