Housing rights: Madrid tenants fight eviction at a time of stress in Spain

An alliance of tenants’ groups in Spain is denouncing landlords who are evicting families and temporarily blocking access to public services. The residents association of one building in Madrid has become an ongoing and… 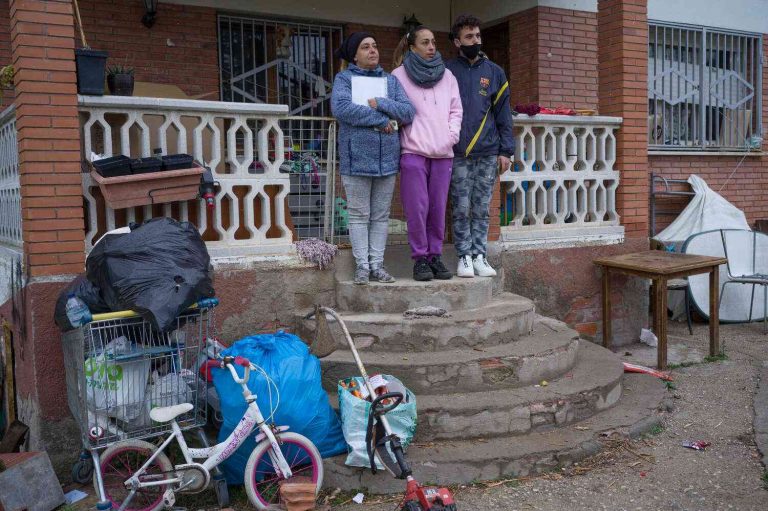 An alliance of tenants’ groups in Spain is denouncing landlords who are evicting families and temporarily blocking access to public services.

The residents association of one building in Madrid has become an ongoing and successful example of solidarity and community support.

In spring 2016, a group of tenants at the Avenida de las Estrellas complex of apartments above a commercial office filed a formal complaint against the owners for renting out the units on cheap short-term and per diem terms.

“They offered us payments less than we paid to rent the homes and refused to provide a refund for late payments or if we broke our contract,” said Daniel Coleville, one of the tenants. “There are more and more brands of buildings that offer the lowest rental payments.

“These are basically stop-gap sales for properties in disrepair and used as investments, which are all very profitable and attract no real interest from local people who live there.”

The group, Citizens of the Avenida de las Estrellas, located in the neighbourhood around the Gare de la Paz train station, welcomed a series of pro-tenant court rulings late last year that forced the owner to extend the contracts of the families it previously targeted for eviction.

“We’ve seen first-hand the joy we felt when the court struck down the evictions and our relationship with the landlord has now been restored,” said Coleville.

That success has emboldened other tenants’ associations to take similar measures and vow to continue taking the fight to evicted landlords.

Sergio Zepeda is the president of the Spanish tenants association Plataforma de Interaccion, which has sprung into action in the southern city of Jerez de la Frontera, where 300 families belonging to a collective at Balcones de los Gatos communal housing apartments were displaced in 2016 after an eviction court ruling brought on by community protests blocked access to public services.

“People are angry,” Zepeda said. “People moved to Jerez to find a better future, but have been hit in their pockets. Nowhere is safe. Public services have been devastated by the courts and the evictions have opened up land grabs by landlords.”

One family at Balcones de los Gatos was forced to close their business after they were unable to pay their rent, but the collective is now in discussions with the developer to compensate them for that disruption.

“This is a story about a decent place in the heart of a beautiful city,” Zepeda said. “A collective isn’t a destructive force, but one that causes them to build more to fight for their dignity.”

Similar problems have been faced in the Basque city of Bilbao, where residents of Las Jaígas, an affordable private apartment complex near the central train station, had a similar experience.

After the communal association hit the court with a civil suit for eviction in November 2016, it took several weeks to work out an arrangement with the developer, JG Bioceres (an arm of the wealthy family of Adolfo Gutiérrez).

The agreement allowed the developers to evict some tenants while maintaining others. They were also allowed to stay in their homes for three more years, with the possibility of applying for a guarantee of access to social services.

“This trial demonstrated the ability of local people to resolve social problems and how we all share the fate of being here temporarily,” said Simon Pinto, the president of the council of tenants and citzens in Bilbao.

Pinto, who believes the alliance between tenants’ associations and local citizens is only becoming stronger, and played a role in the approval of the centre-right Basque Nationalist Party’s (PNV) social policy platform, blames politicians for apathy towards the tenants’ problem.

“The attitude of politicians is that it’s not their problem,” he said. “They ignore it completely because they’re not going to make any effort to change it.”

This attitude, Pinto believes, is partly due to a legacy of a rightwing government in the 1980s that focused mainly on slashing welfare and public services and put the focus on structural reform.