The big question on everyone’s lips is: why not build more and bigger airports? The answer is obvious, but sometimes very difficult to answer. Two of the main issues are the economic benefits that… 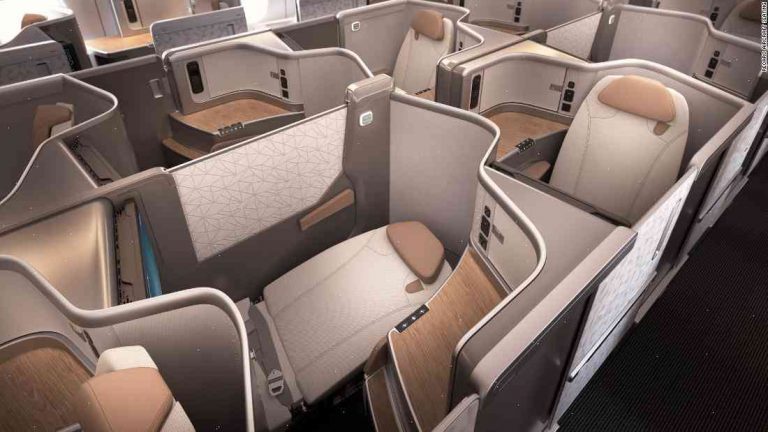 The big question on everyone’s lips is: why not build more and bigger airports? The answer is obvious, but sometimes very difficult to answer. Two of the main issues are the economic benefits that airports bring and the need to have space for development of new infrastructure and expansion in larger commercial centres.

Airports, of course, are basically economic infrastructure, which is sometimes described as ‘zombie companies’. As soon as they are taken over, they die. Their life is rarely prolonged and most of them are near to the end of their lives. It is true that some airports have been rehabilitated and kept alive (if a bit delayed), but they are only temporary fixes. An airport that is chronically underused and by definition dying, the owners don’t have much cash to put into the business.

The major airports, especially London Heathrow and Gatwick, have significant barriers to redeveloping and expanding. When a terminal is shut down, the baggage machines and baggage retrieval at the terminal disappear, the restaurants and the bars go too, it’s all over – that’s why they call it closure rather than redevelopment. Heathrow seems to be at a bit of a disadvantage, as it is the airport where many people want to go to – if they can’t go there, they are looking for alternative alternatives.

The problem is this: Heathrow has not kept up with the demands of increasing passenger numbers on the ground. Once you have so many aircraft under the same roof, you have to increase the capacity to manage them. This has meant a loss of profitability as profits are dragged down by investments in long-run redevelopment.

It may come as a surprise to hear that it takes a lot of land for a medium-size airport. It is estimated that expanding Heathrow by 40% is going to cost up to £1.5 billion. Increasing capacity at Gatwick would not only cost significantly more, but would probably require the relocation of civil aviation’s current airspace under the runway – which the Civil Aviation Authority would be extremely reluctant to allow.

These challenging issues are well known to many people, but the situation faces airport operators the world over. Earlier this week, the International Air Transport Association (IATA) concluded its latest World Airport Conference in Barcelona. The chairman of the conference committee, Ben Hormans, highlighted the same very challenging issues: ‘Profitability is not a done deal in the aviation industry and high capital requirements come with the territory. Airport companies have to balance short-term investments in infrastructures and human capital to address the future needs of their customers with safety considerations and growing interest in civil aviation in developing countries.’

Hormans’ remarks set the tone for the conference and it was telling that all of the speakers referred to the challenges of delivering profitable expansion. When a speaker asks if the airport will be profitable in five years, there is an obvious answer: it won’t.

There is a solution to all this, though, and it is not the one some aviation experts are calling for. The answer to what ails Heathrow and Gatwick lies elsewhere: It is not the airport itself, but the end of ‘air travel as we know it’.

Low-cost carriers are proving that there is a huge market for the entire air sector, and they are providing alternatives to more expensive routes.

This is also why airport expansion is being considered at the airports closest to non-low-cost carriers. If Ryanair or EasyJet want to add capacity, it needs capacity only at the airports that they currently fly from. All too often when a passenger needs to change airport to access a new low-cost carrier’s flight, he or she end up with a new, expensive airport – no points to paying a fee.

It is a simple solution: if it’s cheaper to fly from the airport closest to where the low-cost carrier is located, then why aren’t they landing at airports like Dublin or Manchester?

At the same time, this has a very sinister effect: in many markets, such as the EU, there are now less alternatives available than before, and this is making the debate about airport expansion even more difficult.

It is also going to make many airports unhappy, and governments will have to make a difficult choice: do they want the low-cost carriers and their financial impact on airport capacity? Or do they want and need the air travel as we know it? Which will be the ground-breaking decision?

Ray Acheson is a pilot and independent director. He was recently appointed to the board of Intercontinental Hotels Group, which includes Westin, Holiday Inn and Candlewood Suites.

• This article was amended on 9 May. The original version said ‘A homeopath [Marketing Director at Edinburgh airport] told the conference that low-cost carriers would help shave almost 6% off travel costs in the UK.’ This was an