Follow @FOXSoccer At least two World Cup winners have urged white players in the Premier League to take a more active role in stopping racist abuse. Thuram, a second-half substitute in the 1998 final… 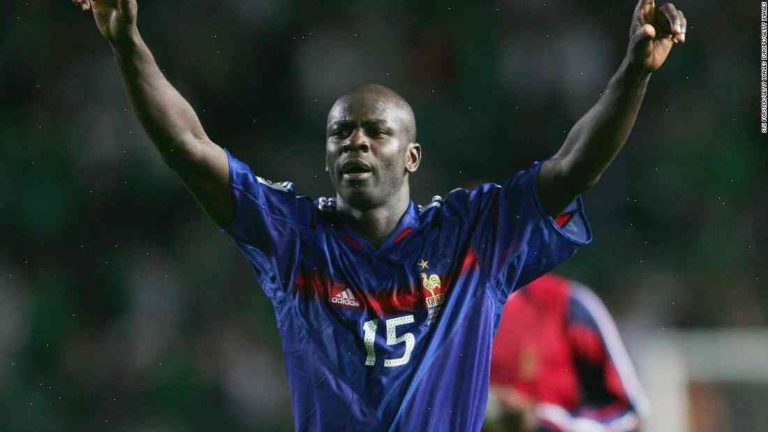 Thuram, a second-half substitute in the 1998 final in France, took part in a summit Wednesday in London with English FA chairman Greg Clarke, in which Liverpool defender Mamadou Sakho led a number of other players in pledging to stand against racism.

But Thuram was joined by fellow World Cup winners from South Africa, Brazil and Australia as well as leading supporters to join Sakho in calling for more players to speak out against racism.

Thuram, Brazil forward Carlos Alberto and Aussie defender Simon Colosimo said that some black and white players are “almost a little bit scared” of the issue of racist abuse, adding that “zero tolerance” was vital and that players could be encouraged to stand up by their league.

Thuram has recalled the incident when he was abused by Vatreni fans in the 1993-94 A-League season and returned to take a stand with Queensland Roar team-mate Ljubo Milicevic.

The 1975-76 Super League Champion believes that players have to be “spoken to straight” about their issues.

“I was confronted by that at one stage, a bit like when we got abused by the Melbourne Roar fans,” Thuram told www.oceaniaaf.com.au.

“We didn’t know what to do – we found out that if you did something, you could speak to the club manager and he would make an official complaint to the A-League authorities, who then tried to handle it.”

“It never happened to us, but it’s one of those things that, especially in this climate of racism, it’s something that you have to speak to straight away, or you won’t get away with it.

“The best way is to be straight with the people involved. Nobody wants to come out and get beaten up by people who are going to damage your career.”

“That’s where we’ve got to go – we’re not going to be face to face with the people we are supposed to respect, we’re just going to walk past them.

“So that’s what we’ve got to teach our players.

“As soon as we’re confronted with any type of racism, we have to say, ‘You know what, I’m not going to do that, I’m going to ignore it.’

“I’m saying this not to disrespect anyone but I think that’s the most important thing.”

Thuram said he was “delighted” that Sakho, in announcing he would refuse to shake hands with any opposition player at the start of the season, had “made a stand” but he called on other players “to do the same.”

“I think it’s great, to make a stand,” Thuram said.

“Football is a powerful tool, and I was fortunate enough to use my position to deal with that issue when I was playing, because when you’ve got a club in a very tight situation like that, then that’s when you have to speak to the team manager or somebody from the team.

“If not, then you’re supposed to just ignore it and it gets around to you and then the consequences are more severe.

“I just encourage players to use football as a catalyst and to go there, to speak to the team manager, to speak to some people in authority and actually seek the help of those people.

“I’ve always been supportive of the players that speak out, because football is a powerful tool and I thought it was important for them to make a stand, and I’m delighted that they have made one today.”

In a joint statement, the four former World Cup winners wrote: “There is an accusation that we’ve all become complacent in our calls for tolerance. We are in no way complacent and we are very much in favour of anything that will lead to zero tolerance.

“We are in no way victim-blaming, but just saying that we have to go through very tight restrictions in order to make those calls for tolerance.

“We are not justifying or protecting the behavior of the ones that make the calls for tolerance. Rather, we are saying that we must help to reform the culture that sees it as acceptable to be ‘racially aggressive’.”

Liverpool and France defender Sakho was fined £25,000 ($35,000) this summer by the Football Association after being charged with improper conduct for racially abusing Manchester United defender Phil Jones at Anfield in